Learn About the Speakers at the 2017 CCWC

Learn About the Speakers at the 2017 CCWC

The leadership of the Columbus Catholic Women’s Conference is very excited about this year’s lineup of speakers, musician, and master of ceremonies. We’d like to introduce you to them through a little bio information of each.

Magnus has lived in Argyll, Scotland, since the age of nine and began his career as a fish farmer. However, when the Bosnian conflict was making headlines in the early 1990s, Magnus and his brother Fergus were moved to help.

He was named one of 2010’s ‘Top 10 Heroes’ by broadcaster CNN and received an OBE (Order of the British Empire) in the 2011 New Year’s Honours list. Magnus has also been awarded Honorary Degrees by the University of Stirling, Glasgow Caledonian University and the University of Hull.

Magnus is married to Julie, a trained nurse from Inverness. She became his co-driver on some of the first deliveries of aid to Bosnia-Herzegovina in 1993, and has been devoted to the charity ever since. They live in Dalmally with their seven children.

Jeff Cavins is recognized both nationally and internationally as an exciting public speaker and bible teacher. He communicates the Catholic faith at a level that everyone can understand, taking theological truths and expressing them in a practical way.

He is the creator of the popular Great Adventure Bible Study series published by Ascension Press. The foundational study, The Bible Timeline: the Story of Salvation, has enabled students to understand the chronological flow of Scripture. Other Great Adventure Bible Studies taught and recorded by Jeff include Matthew, Acts, Revelation, Psalms and James. Over 6000 groups have used these studies in the US and other countries, and they have helped hundreds of thousands of Catholics and other Christians engage in scripture in a life changing way.

Jeff is the founding host of EWTN’s weekly program “Life on the Rock” as well as Relevant Radio’s daily show, “Morning Air.” He is author of several books including the best-selling book, My Life on the Rock: A Rebel Returns to the Catholic Faith and I’m Not Being Fed: The Food That Satisfies the Soul. Walking with God: A Journey Through the Bible is co-authored with Dr. Tim Gray and gives an insightful overview of the Bible. His latest books Praise God and Thank Him: Biblical Keys for a Joyful Life and When You Suffer: Biblical Keys for Hope and Understanding are published through Servant Books.

Jeff received an MA in Theology from Franciscan University of Steubenville. He is currently the Director of Evangelization and Catechesis for the Archdiocese of St. Paul & Minneapolis. He is on the board of the Archbishop Harry J. Flynn Catechetical Institute at the St. Paul Seminary in St. Paul, Minnesota, where he has served as director for 6 years. He is also a Fellow of the Augustine Institute in Denver, Colorado, and the St. Paul Center for Biblical Theology in Steubenville, Ohio. Jeff resides with his wife, Emily, and their daughters in Minnesota.

Kerri Caviezel has devoted her life to working with youth. After earning a degree in education from Western Washington University, Kerri spent eight years teaching junior high and high school, and ten years, with her second love, coaching basketball. Her interaction with young people made it evident to her that there is a great need for guidance and education to counteract the cultural message of death constantly being thrust on the youth today.
About 17 years ago, Kerri started counseling at the Pregnancy Counseling Center in Mission Hills, California. With her teaching experience, speaking on issues concerning the Sanctity of Life became a natural outgrowth to spread a preventative message of help, hope, and truth.
This 17 year journey has taken Kerri around the United States and the Globe, speaking at World Youth Day in Cologne, Germany in 2005, the Atlanta Eucharistic Congress, Chicago Pro-Life Conference, St. Louis Pro-Life Conference, Abbeyfest, New Orleans, Michigan Right to Life, Right to Life of Southern California, and other memorable venues. She also had the privilege of appearing twice on “Life on the Rock” one of EWTN’s (The Eternal Word Television Network) programs to discuss crisis pregnancy counseling and adoption. Kerri is married and has three children. In her own words, “What a gift it has been to speak to people of all ages but especially teenagers who are the hope of our future.”

Spiritual Director and Instructor of Theology. 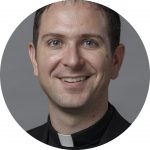 Fr Thelen was born in Fowler, Michigan in 1982.  After two years at Grand Valley State University, he transferred into the University of St Thomas in St Paul, MN where he attended St John Vianney College Seminary.  In 2006 he graduated with bachelor degrees in both Philosophy and Catholic Studies.  He attended Sacred Heart Major Seminary in Detroit for his graduation seminary formation and after graduation he was ordained a priest on June 11, 2010 for the Diocese of Lansing.

From 2010-2013 he was the Parochial Vicar at Queen of the Miraculous Medal Church in Jackson, MI and Sacramental Minister of Our Lady of Fatima in Michigan Center, MI.   From June 2013-2014 he served as Administrator of St Mary’s Parish in Westphalia, MI. He is currently serving on the faculty at SHMS as a Spiritual Director and Instructor of Theology.

Taylor Tripodi will be gracing us with her beautiful music. In her own words she tells us a little about herself: “My Mom so often reminds me that I have been singing since before I could talk…which doesn’t surprise me in the least. There is hardly ever a moment when I’m not singing- whether out loud or in my own mind. I started out learning how to play the guitar when I was 8 years old, and a few years later at age 11, I was writing my own music. I’d like to think that my life is just one big song…with lots of ups and downs, mistakes, triumphs, joys, sorrows, and crazy experiences…but in every moment, I am convinced that God has been ever-present. The Lord has revealed to me in so many ways His unconditional love through all of my failings and beautiful life experiences. THAT is what I love to write about. I love to write about Him. He has always been there for me at every moment, even when I have turned away from Him. I have realized that to me, truly He is the only one worth writing and singing about. He deserves more than any song I could ever write for Him or about Him, but if I can give Him any praise and show people through my music the one who loves them more than anything else and lead them into a deeper relationship with Him, than I will have fulfilled all my dreams that I have for my music.” – Taylor Tripodi 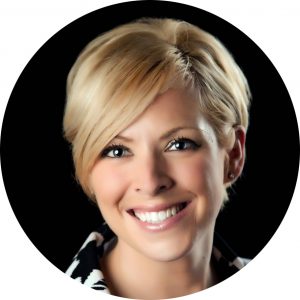 Brooke Taylor is the 2017 CCWC Master of Ceremonies.

For nearly a decade, Brooke Taylor was the co-host of the “Family Friendly Morning Show” on 95.5 The Fish in Cleveland, OH. As a Catholic broadcaster in a predominately Protestant setting, Brooke learned to not only defend the faith, but to share the beauty of the Catholic tradition with thousands. Brooke is the founder of “The Mom Squad,” a ministry of women from all walks of life, blogging, hosting retreats and workshops aimed at building a sisterhood of believers for Christ.

During her career, Brooke has interviewed such notables at the Rev. Franklin Graham, Newt Gingrich, James Dobson, Raymond Arroyo, Michael W. Smith, and many more. In addition to her duties at The Fish, Brooke has hosted the Ms. Wheelchair USA pageant and has emceed the Cleveland National Right to Life Symposium, moderated political and religious panels and has spoken at MOPS conferences and Christian women’s events. Brooke was selected as a judge for a national music contest for the Hollywood motion picture “Grace Unplugged” and has appeared on syndicated radio programs such as the Michael Medved Show and the Hugh Hewitt show. Brooke is also involved in the ministry Food for the Poor and has traveled to Guatemala and Haiti to raise awareness and funds for the poorest of the poor. Brooke also led a pilgrimage to Italy for the canonization of St. Pope John Paul II and St. John XXIII.

Brooke and her Army Veteran husband Jim have five children: four sons and a daughter they adopted from Poland. Brooke frequently speaks to groups on the topics of motherhood and family life, the gift of the Catholic faith, adoption, special needs, and her own reversion story. As an in-demand speaker, Brooke relates to women through humor, stories of struggle and the transforming graces of the sacraments. Brooke also maintains a blog shares stories of her day-to-day adventures at “The Sacred Sink.” 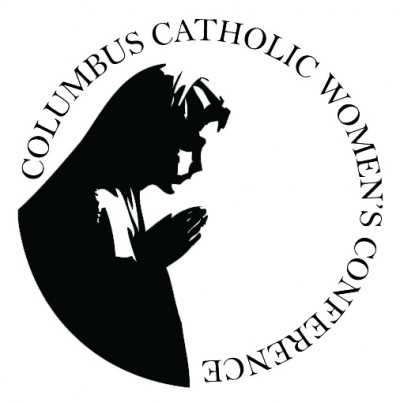 Listen to the CCWC Podcast: